Each coach will have the opportunity to nominate players based on teams order of finish in all Michigan USSSA fastpitch tournament qualifiers during the 2022 season. Player guardian will receive an All-State Games invitation email after being nominated from Michigan USSSA Fastpitch.

You may nominate players from other teams but MUST have and include their parent/guardian email.

These nominated players will be the event's All-Tournament Team.

The All-State Games will showcase players who have been nominated throughout the season at participating All-State Games qualifiers. Players will be nominated for displaying great overall effort and tournament performance throughout the season as well as displaying great sportsmanship. Nominated players must be on a current registered Michigan USSSA roster or live in Michigan.

Coaching staff selections will be announced after the State Tournament. If you have someone who you think is worthy of being nominated for the All State Coaching Staff, please send recommendations to bob.wilkerson@usssa.com. Please include the nominated coaches email address, cell phone number and current season team they coach.

All-State Coaches will receive a ball cap or other gift compliments of Michigan USSSA Fastpitch for being nominated, selected and coaching in this event. 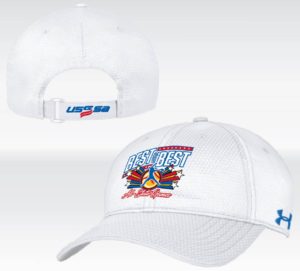 Player's participating in the All-State Games will receive: